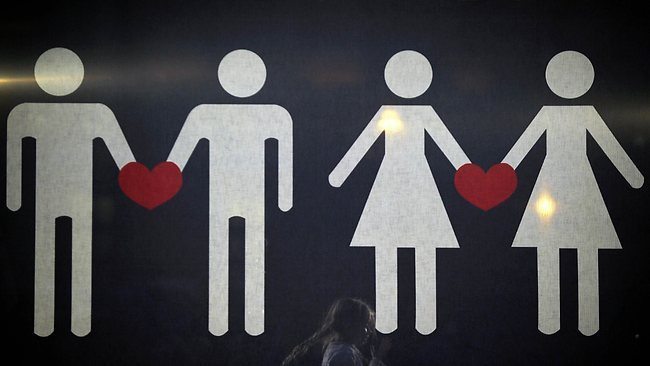 Two issues have pervaded the internet over the last week or so: gay marriage and the Confederate flag.

This blog’s about legal stuff; if I am the one doing the writing, it’s about family-law stuff. Because I am not aware of any important contributions that the Confederacy made to family law, I won’t comment on the flag issue.

But same-sex marriage—now that’s squarely in a family lawyer’s wheelhouse. Whether or not you agree with it, no one can deny that it is important. It is going to matter. Many things will now be different. Family law (divorce, child custody, and adoption for our purposes) was built around marriage, and now the definition of marriage is different.

I don’t know, and like all things legal, it’s going to take some time to figure out. Many issues (like the fact that a lot of the laws refer to “husband” and “wife”) aren’t really hard questions. We don’t need to think carefully about those things; we just need a word processor. Here are a couple of the harder ones:

A female same-sex couple is married and brings a child into the marriage. How will the law treat the non-biological parent?

It is well-settled Arkansas law that a child born during a marriage is presumed to be the child of the parties—mom and dad. You can rebut this presumption, but until you do, the law presumes that the husband is, in fact, the father.

In the situation described above, however, we know that the other party is not the father because, well, women can’t biologically be fathers. One party has been artificially inseminated (or simply had sex with a man) and had a child. We know that the non-biological-mother spouse isn’t biologically related to the child. What will the law do with the non-biological-parent spouse if, say, the parties happen to divorce?

I don’t know, but I think it will hinge on whether the presumption of parenthood is based on public policy or biology. If the presumption is based on public policy, then I think non-biological-parent spouse gets the presumption. We know that she’s not “really” a parent, but we will consider her a parent because we think people who are married and decide to bring a kid into the world are good candidates to raise the kid. We also think that the child deserves the benefit of the doubt as to legitimacy.

But if the presumption is based on biology—a child born to a husband and wife is probably biologically the father’s—then the presumption wouldn’t make sense for two women.

A female same-sex couple could get around this by adopting the child, but that places an additional burden on the parent(s) (both financial and legal) to get the adoption. (Interestingly, I also don’t think that the plain reading of Arkansas adoption statutes allows a same-sex couple to adopt a child together. So then there’s that.)

On the issue of challenging this: Marriage isn’t the only fundamental right; you’ve also got a fundamental right to parent. Does this gap in the law mess with that fundamental right? It would appear, on its face, to treat same-sex and opposite-sex couples differently. And that’s probably a constitutional no-no.

In most custody situations, courts pretty much assume that it’s in a child’s best interest to have exposure to both parents. Children need a mom and a dad; that’s pretty uncontroversial. Lawyers argue this all the time, and it’s accepted as true unless one of the parents is not fit.

But do children need a mom and mom or dad and dad as much as they need a mom and dad? Put another way: If you’ve already got a mom, do you need another?

It may be that when courts in the past have articulated this need, they were simply expressing the present reality. They said “mom and dad” because that was the only possibility. Courts may simply prefer that children need two parents, regardless of their title or biology.

I don’t think these questions are necessarily new; after all, same-sex couple have been raising children for some time. But they aren’t esoteric anymore.

What is a rebuttable presumption?